According to Dave Hoffmann, Dunkin’ Brands CEO, “We are thrilled to add these three executives with their deep industry and global experience to help lead key growth segments for both Baskin-Robbins and Dunkin’. These appointments are another measure of our efforts to make Dunkin’ Brands a more field-centric organization so that our decision-making process is more nimble and occurs closer to the consumer.”

With more than 15 years of multinational experience as a finance and general management executive before joining Dunkin’ Brands, Rini Ernawati was responsible for driving growth at some of the world’s most renowned global brands, including McDonald’s, Johnson & Johnson, Novartis, and Carl Zeiss. Alongside consultancy and advisory experience with multiple startups in the fast-casual restaurant and e-commerce space. Ernawati earned her Bachelor of Economics from Gadjah Mada University, Indonesia, and her M.B.A. from the Australian School of Management. “Rini is an absolute proven leader in one of the most diverse and dynamic parts of the globe. Her talent in building infrastructure for growth and assessing new market entry, along with a strong balance between financial acumen and commercialization, will be key to our growth plans across the APAC region,” said Hoffmann.

Caner Gursoy began his career with Dunkin’ Brands as an International Business Manager in 2012 and has subsequently held the roles of International Operations Director, Middle East, Africa and Australia, and Managing Director, Europe, Middle East, Africa and Australia. Prior to joining Dunkin’ Brands, he was the head of Gloria Jean’s Coffees, UAE Operations for the Master Franchisee where he was responsible for all aspects of operations, restaurant development, marketing human resources and finance. Earlier in his career, he served as the regional promotions manager for the Accor Vacation Club in Australia. Gursoy earned his Bachelor of Arts in International Relations from Near East University in Cyprus and his M.B.A. in Marketing from Central Queensland University in Australia. Hoffmann said, “Caner is an extremely experienced retail executive, with a deep global knowledge across many areas, who knows how to build teams, work with franchisees across multiple markets, and create business plans that drive results.”

Before joining Dunkin’ Brands, Ashish Asthana was an executive with The Coca-Cola Company for more than 20 years in Asia Pacific, Middle East and Africa. During his time at The Coca-Cola Company, Ashish built and led successful marketing teams and implemented world-class marketing initiatives that drove record sales. Having lived and worked in Dubai, Hong Kong, Shanghai, Bangkok and India, he has a deep knowledge of the consumer mindset across the globe. Prior to joining Dunkin’ Brands, Ashish co-founded The Pure Winery, the world’s first global zero-sugar wine company, based out of Europe. He holds an M.B.A. in Marketing and Finance from India's XLRI School of Management and a bachelor's degree in Mechanical Engineering from the Indian Institute of Technology, Bombay. “Ashish is an innovative marketing leader with a strong entrepreneurial sense who knows how to build brands, introduce highly differentiated products, and implement transformative marketing programs,” said Hoffmann. 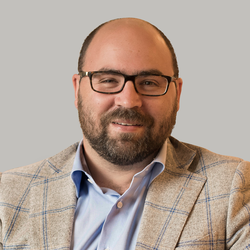 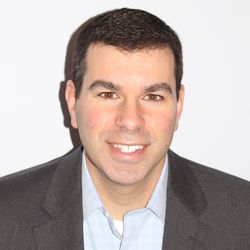